All Library locations will be closed Sunday, April 4.

All Library locations will be closed Monday, May 31.

All Library locations will be closed Sunday, July 4.

All Library locations will be closed Monday, Sept. 6.

All Library locations will be closed from 5 p.m. Wednesday, Nov. 24 through Thursday, Nov. 25.

All Library locations will be closed Friday, Dec. 24 and Saturday, Dec. 25.

All Library locations will be closed from 5 p.m. Friday, Dec. 31 through Saturday, Jan. 1.

All Library buildings are closed. Materials are available through Central Library's Drive-Up Window or Curbside Pick-Up at the Hoffman Estates and Hanover Park branches. Learn more.

All Library locations are currently open to the public with limited hours, occupancy and services. Learn more.

It looks like you're using an unsupported browser. For the best and most secure experience on our site, we recommend downloading Mozilla Firefox here.

It looks like you're using an obsolete browser. For the best and most secure experience on our site, we recommend downloading Mozilla Firefox here.

It looks like you're using an older version of your browser. For the best and most secure experience on our site, we recommend downloading Opera Mini here.

It looks like you're using an older version of your browser. For the best and most secure experience on our site, we recommend updating your version of macOS or iOS.

First time leading a book discussion? Have you led book discussions but are looking for some ideas to breathe new life into your group? We have some tips to help make your discussion of Room by Emma Donoghue a success with this Do It Yourself Discussion Guide. 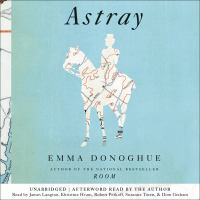 Inseparable : Desire Between Women in Literature (2010)

Emma Donoghue was born in Dublin, Ireland, the youngest of eight children. She is the daughter of Frances (nee Rutledge) and academic and literary critic Denis Donoghue. Other than her tenth year, which she refers to as “eye-opening” while living in New York, Donoghue attended Catholic convent schools throughout her early years.

She earned a first-class honors BA from the University College Dublin in English and French (though she admits to never having mastered spoken French). Donoghue went on receive her PhD in English from Girton College at Cambridge University. Her thesis was on the concept of friendship between men and women in 18th-century English fiction.

At Cambridge, she met her future life partner Christine Roulston, a Canadian, who is now professor of French and Women’s Studies at the University of Western Ontario. They moved permanently to Canada in 1998, and Donoghue became a Canadian citizen in 2004. She lives in London, Ontario, with Roulston and their two children, Finn and Una.

Donoghue has been able to make a living as a writer since she was 23. Doing so enables her to claim that she’s never had an “honest job” since she was sacked after a summer as a chambermaid. In 1994, at only 25, she published first novel, Stir Fry, a contemporary coming of age novel about a young Irish woman discovering her sexuality.

Donoghue is perhaps best known for her 2010 novel, Room - its popularity practically made her a household name. Room spent months on bestseller lists and won the Irish Book Award; it was shortlisted for the Man Booker Prize, the Orange prize, and the (Canadian) Governor General’s Award. In 2015, the novel was adapted to film. Donoghue wrote the screenplay, which earned her a nomination for an Academy Award, Golden Globe and Bafta Award.

A Summary of Room

To five-year-old Jack, Room is the entire world. It is where he was born and grew up; it’s where he lives with his Ma as they learn and read and eat and sleep and play. At night, his Ma shuts him safely in the wardrobe, where he is meant to be asleep when Old Nick visits.

Room is home to Jack, but to Ma, it is the prison where Old Nick has held her captive for seven years. Through determination, ingenuity and fierce motherly love, Ma has created a life for Jack. But she knows it’s not enough... not for her or for him. She devises a bold escape plan, one that relies on her young son’s bravery and a lot of luck. What she does not realize is just how unprepared she is for the plan to actually work.

Told entirely in the language of the energetic, pragmatic five-year-old Jack, Room is a celebration of resilience and the limitless bond between parent and child, a brilliantly executed novel about what it means to journey from one world to another.

Visit SchaumburgLibrary.org/one-book to learn more about One Book, One Community, or contact our Fiction staff at (847) 923-3140 if you have questions about leading a book discussion.